Inspire Nyack’s focus is to provide funding for innovative educational programs for the development of future scientists, engineers, and outstanding professionals in technology and mathematics.

According to a Congressional Research Service Report – dated March 21, 2008…

There is growing concern that the United States is not preparing a sufficient number of students, teachers, and professionals in the areas of science, technology, engineering, and mathematics (STEM). Although the most recent National Assessment of Educational Progress (NAEP) results show improvement in U.S. pupils’ knowledge of math and science, the large majority of students still fail to reach adequate levels of proficiency. When compared to other nations, the achievement of U.S. pupils appears inconsistent with the nation’s role as a world leader in scientific innovation. For example, among the 40 countries participating in the 2003 Program for International Student Assessment (PISA), the U.S. ranked 28th in math literacy and 24th in science literacy.

President Obama has launched an “Educate to Innovate” campaign to improve the participation and performance of America’s students in science, technology, engineering, and mathematics. (see White House video below) 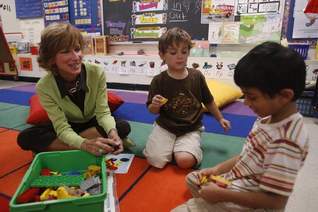 For more information about the Robotics program which Inspire Nyack has helped support and the impact it is having on the children of Nyack check out our News section.