Dan Juechter worried that charity was dead. He’s not so worried anymore.

Juechter is president of Inspire Nyack, a foundation created in August 2007 to raise money to help fund Nyack school programs.

Last year, the group held its first fundraiser and garnered nearly $60,000 at a casino night, which translated into a $40,000 gift to Nyack schools after expenses were taken out.

The money went to pay for Nyack’s robotics classes.

With its first fundraiser so successful, Juechter scheduled the second annual casino night for Feb. 28. Then he watched as the economy worsened, people lost their jobs and proposed tax law changes would make charitable gift-giving less attractive.

The fundraiser would go on, Juechter and his board decided. And they crossed their fingers.

“We actually started seeing it prior to the event; we started to realize we were running out of space,” he said last week. “The upper room at Nyack Seaport holds 250 people and they agreed to open up the downstairs, which holds another 70 people. We had just under 300 people and raised just over $100,000. I was astounded.”

The foundation handed Nyack schools a check for $70,000 last week, money to pay for robotics and some left over for other programs to be decided by school administrators later.

“The foundation has been a wonderful support to the Nyack School District’s K-12 robotics/pre-engineering program,” said Superintendent of Schools Valencia Douglas. “With their assistance, we are poised to meet our five-year deadline for full implementation of the program and, in fact, to exceed it.”

Juechter said his faith in people’s support of the Nyack schools is holding strong.

“In these difficult times – and they are difficult, where everybody knows someone … who is affected by the economy by a loss of job or just difficulty in living – I’m hearing these stories from other people, that charity is increasing,” he said. “I think that’s a wonderful testimony to humanity that people are pulling together, that they’re giving their dollars and their time. It’s really a heart-warming feeling.”

Nyack’s isn’t the only school foundation to be happily surprised by the results of a fundraiser this winter.

“We raised a lot of money, considering today’s economy, and we had about half the people we usually get at our events,” said Marci Linke, one of the REACH founders and current chairwoman of the board. “We’ve had a lot of people in our community who were laid off and struggling. We’re very grateful to the people who were able to come. It was an incredible amount of money to raise.”

REACH, which stands for Resource for Expanding Academic and Community Horizons, uses its funds for scholarships, grants and buildings and grounds work at the Ramapo Central schools.

Linke is winding up her career with REACH. She and her husband plan to move from the area in the next year or two, and the fundraiser also was an appreciation event for the 11 years she’s served.

She received the REACH Foundation award for service, and the student scholarships were renamed in her honor. They now are called the Marci Linke Outstanding Community Service Scholarships.

“I was so touched,” Linke said. “I felt like Cinderella. It was a wonderful evening.” 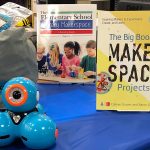 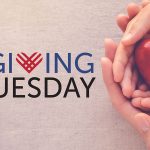